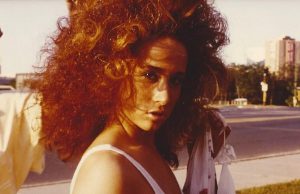 A Minneapolis native, Taja Sevelle was accepted into the Berklee College of Music in the same week that she was offered a record deal from the legendary, Prince.  The first song she wrote, Love is Contagious became a charted Billboard hit in America, reaching Top 7 in Europe. Taja has written songs with renowned writers around the world including, Burt Bacharach, Thom Bell, Prince and Nile Rodgers.  She has singing and songwriting credits on over 3.5 million CDs sold.  Subsequent to her deal with Prince, after a bidding war with 9 major record labels, Taja signed a deal with Sony 550, and released her third CD, Toys of Vanity. In 2017, Taja’s song, Little Diva, reached Top 30 on the U.S. Billboard Dance/Club Charts.

On her second CD for Paisley / Warner / Reprise, Taja co-wrote with Burt Bacharach and Thom Bell, as well as David Paich. Subsequent to her record deal with Prince, she continued writing songs with Burt Bacharach and Thom Bell, and also went on to write for Warner Chappell Music under the guidance of John Titta. She has written songs with many other legendary songwriters around the world including Nile Rodgers, Jeff Silbar, Dennis Matkosky, Gerhard McMann and Sy Coleman. Her song catalog has over 200 songs and has songs placed with Arrested Development and Johnny Mathis among others.

A noted humanitarian, Taja Sevelle founded Urban Farming, a 501c3 with the mission to “Create an Abundance of Food for All in Our Generation.”  The organization began by planting 3 community gardens of free food in Detroit. There are now over 65,500 gardens in 61 countries around the world that are a part of the Urban Farming Global Food Chain®.  The work of Urban Farming ignited a global movement and has been featured on the Ellen DeGeneres Show, Good Morning America, CNN, NPR National, the BBC, Fox National, USA Today, The New York Times and over 30,000 other media outlets.  Urban Farming has also garnered support from T.I., Richard Lewis and his wife, Zac Brown Band, Keke Palmer, and Ed Begley Jr., among others. Taja and Urban Farming are featured on Urban Conversion (PBS, Create TV) and with Forest Whitaker and Quincy Jones III in the documentary, Feel Rich.

Taja has authored three books: One non-fiction, From the Root, A Memoir and A Philosophy for Balance in Our World, and two novels, Rain on a River and 49 Days. She has also co-written a script for 49 Days.

Taja Sevelle speaks all over the world and has been a keynote speaker in more than 85 press conferences including: the Yale Sustainable Agriculture Panel; The National Academy of Recording Arts and Sciences Songwriters Panel in New York; the National Black Caucus Panel on Food Deserts in Washington, D.C. and The Farm Credit Council Convention in Washington, D.C. She has received several notable awards for her philanthropic work.

Taja invented a kitchen appliance and she holds three patents for her invention.